Twelve years ago I had the pleasure and honor of meeting Letitia Baldrige at The Dallas Museum of Art.  I was just starting The American Academy of Etiquette.  She was the keynote speaker on a very cold Sunday afternoon and I could not wait to meet her.  Mrs. Baldrige was an author, etiquette advisor and is best known as Jacqueline Kennedy’s White House social secretary.

My signed copy of “In the Kennedy Style: Magical Evenings in the White House”:

Letitia Baldrige passed away on Monday, October 29 at the age of 86. In the 1970’s she established herself as the authority on contemporary etiquette with a syndicated newspaper column and updated Amy Vanderbilt’s book which landed her on the cover of Time Magazine. She wrote fourteen books.

She has been my guru and resource for business etiquette since 2000.

Mrs. Baldrige believed “family” was where values and manners were to be learned.  After all, that is where Jackie learned manners, from her mother. She also believed, manners are the cornerstone of humanity and  we should not think of them as rigid rules but as consideration for others.

Mrs. Baldrige, thank you for sharing your wisdom, knowledge and grace. 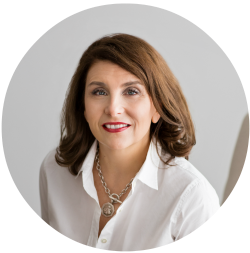